Get me outta here!

We would pause and then ultimately keep on scrolling by. Until the scroll paused. And then stopped. We took the leap. We waited. We paced. We heard back.

We piled into the family car, crate, food, water, toys. Prepared for the journey to bring him home. Anticipation  dancing through the air the whole way there.

The cry that commenced the moment he entered the crate until we got home was impressive.

The pounce and curiosity that burst out of him all night was altogether amusing and terrifying.

The warmth of the purr and contentment in my arms right now is the salve to the break our hearts. There is no better sound than that of a happy little smoosh plopped in your lap.

Welcome to the family, our very own little smooshy face. 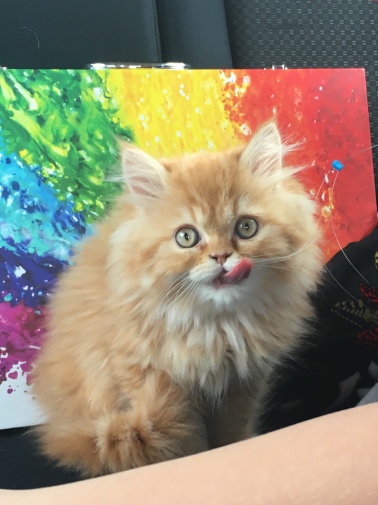 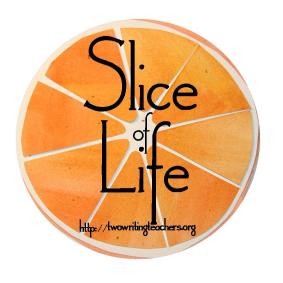 3 thoughts on “To the Victor Goes the Spoils”

Stopping by an English Class on a Random Day

Parenting our progeny from an 80s perspective.

Learn with us. Lead with us.

Thinking in a White Room

Writing and thinking about teaching while White.

I am an educator, a mother and a daughter. I am a thinker. A ponderer. This blog is a reflection of the incessant conversation in my mind.

Reflections on my life as a teacher, reader, writer.

Seeking and rekindling joy...one day at a time

Wandering through books, stories, and new places around the world

Venezuelan living in the United States